The Blues is alive, Sir

Happy New Year! May Germany and Germans have a great 2015.

I don‘t know if you have ever started out to write something, only to find you would rather write something else? Perhaps a shopping list might turn into a ‚what I would like for my birthday‘ list or you start out on a complaint to, say, your bank and end up writing to a friend because that is so much nicer to do.

Letter from The UK #13 by Darren Weale

This Letter from the UK was going to be all about the British Blues Exhibition that is under way online and is being planned for an event for people to visit in 2015, with more to follow. While it is being mentioned, the website is www.britishbluesexhibition.co.uk, and you can watch that site grow and plans and progress appear as 2015 progresses. There is already a quote on there from German band, 3 Dayz Whizkey, if you look about.

However, to start these Letters from the UK off for 2015, I would rather turn to the topic of an English author, or rather, two authors. One is PG ‚Plum‘ Wodehouse, the other Sebastian Faulks. In this case, they come together in writing novels featuring Wodehouse‘s great English characters from the 1920‘s, a young man of independent means in Bertie Wooster, and his gentleman‘s personal genthleman, Jeeves. Jeeves himself reads improving literature, including by German philosopher Immanuel Kant.
There is a trend towards books written in the style of or using the characters‘ of great authors – Ian Fleming (James Bond) and Sir Arthur Conan Doyle (Sherlock Holmes) are examples where new books have been created with their inspiration from beyond the grave. ‚Jeeves and the Wedding Bells‘ is Sebastian Faulks take on PG Wodehouse, and he has done a very fine job of creating a new novel with some of the most famous characters in English literature.

Just as many people would believe that authors of the excellence of Wodehouse and Fleming cannot be replaced or copied successfully, some people believe that the golden age – or crop of golden artists – in the Blues is over. For them there will be no new Howlin‘ Wolf, no new John Lee Hooker. In a literal sense, they are right.

However, if Sebastian Folks can produce a PG Wodehouse novel that is so worthy of the original, can we not look forward to the music of a new Wolf, Hooker, or even a new Waters? Perhaps they are already here and playing. For instance, I have been mightily impressed by what little I have heard of Mikey Junior from the USA, but do look out for your own future Blues heroes in 2015.

Here is a little bit of Stop Press for this Letter. There is another curious development in the Blues that has only just appeared, an attempt at a bit of alternative branding for the Blues as Indie B, Indie music being rather more fashionable these days. It has started on Facebook, and can be viewed here – https://www.facebook.com/groups/INDIEB. What will it do? That remains to be seen, but there is a lot of 2015 left for it to happen in. 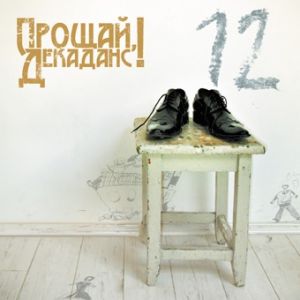