The Headcutters: Blues in Brazil

The World Cup is gone, the holidays are over – it‘s time for good music. Many of us were in Brazil and followed the soccer festival.

The country is full of music, the beautiful women dancing more or less clothed all day Samba on the streets, the sun is shining and everyone in Germany is wearing leather pants. Brazil is a large country with ancient traditions. It is a country of contrasts whose problems cannot be solved with a football.

I once noticed that some of my highly appreciated musicians – such as the unfortunately deceased Lynwood Slim, Dave Riley and many others – seem to love playing and touring Brazil regularly.

The real Blues fan may know Igor Prado or the harper Luciano Bocca. Then I stumbled across Joe Marhofer and his Headcutters and I was simply amazed.

Not too long ago I discovered that there is a lot of Blues Music in Brazil. I am happy that the frontman of the leading brazilian Blues Band The Headcutters took his time to talk with us.

Joe Marhofer is the harpplayer and frontman of the brazilian Blues Band The Headcutters. They play (international) blues festivals and toured with the likes of Phil Guy, Eddie C. Campbell, Billy Branch, Kim Wilson, Billy Flynn, Lynwood Slim, Magic Slim, Mitch Kashmar, Kenny Neal, Dave Riley and many others. Nineteen years young, Joe discovered the harp and then he formed the band The Headcutters.

He says that his style was influenced by Little Walter, Sonny Boy Williamson, Big Walter Horton and Muddy Waters.

An Interview With  Joe Marhofer

BK: Pleasure to meeting you Joe, how are you doing today?

BK: As you know we are from Germany. We expect to get Samba, Bossa Nova and some Jazz from Brazil, not the Blues.

JM: Yeah…Brazil has a lot of music style. I can’t tell you why, the Blues catches us!! LOL!

BK: So how did you find your way to the Blues Joe?

JM: Listening and playing a lot…and don’t forget the times we played over here with great Bluesman from the USA that made us learn a lot too!!

JM: I think it was the best time the Blues ever had. The musicians at that time were very very creative and the tone was awesome, different than before or today.

BK: Isn’t it hard to live from playing the Blues in Brazil?

BK: Please tell us about the Headcutters. The name of the band sounds dangerous.

JM: hehehe!! Sound dangerous, but it is not!! We have chosen this name in tribute to the Headhunters band of Muddy Waters, Little Walter and Jimmy Rogers.

We are four friends who live in the same neighborhood since our childhood. We love the post war Blues. We like to record our music using analog vintage equipment including a tape roll. This makes our sound unique and different from the most actual blues recordings.

Our first CD released “Back to 50’s” (2009) has been recorded in three dawns in the History Museum of Itajaí (Brazil). The DVD “Sweet Home Blues” (2011) captured with Full HD images has been done in an environment where the band meets regularily. It is called the “Attic Blues” and located in the Catuto’s home. The last job  released was the CD “Shake That Thing” (2013) which includes the participation of some artists like Igor Prado (BRA), Omar Coleman (USA) and Richard “Rip Lee” Pryor (USA) son of legendary harmonica player Snooky Pryor.

BK: Well I agree Joe. When I watched the totally relaxed „Sweet Home Blues“ (BTW I love that DVD) I could not imagine the musicians to be dangerous in a physical manner.

JM: Yeah….I learnt from the late great Willie Dixon …”you can’t judge a book by looking at the cover…”

BK: To be serious Joe. How would you describe the Brazilian Blues scene? In our country we may meet Blues musicians like Igor Prado, I know that Luciano Boca is a great harpplayer. That’s it.

JM: Yeah…Brazil has a great Blues scene!! There are a lot of good musicians doing some serious music. And meanwhile we have a lot of good Blues Festivals here too…This makes the scene growing up!! I don’t know how it was in the 80’s and I know just a little bit of the 90’s, but I think this “internet age” makes the blues easier to find if you want to. In Brazil it’s the same. I can say that we have great artists playing a real good Blues. I am convinced that the Brazilian passion about music fits with the Blues. More and more of our people love the Blues. Even not all of them understand the lyrics they feel the spirit! That’s why the Blues developed to be a good business here!

BK: End of September 2014 the Headcutters will tour the U.S. It is known that you love to invite U.S. greats to accompany you. Will you tell us, who it is this year?

JM: This year we gonna make the trip of our lifes! It is our first great tour in USA and it will be a dream coming true!! We are gonna play with the Silver Kings from California, with Jon Atkinson, with Omar Coleman and Rip Lee Pryor (Snooky Pryor’s son). It will be the time to learn and make our Blues even better!!!

BK: Finally Joe, do you have any plans to tour Europe?

JM: Yes, we are looking for touring Europe next year, but nothing is settled right now. Hopefully it will work soon.

BK: Anything else you want to tell our readers Joe?

JM: I just want to say thank you for the help and the interview Bernd! And I’m glad for your words about the band, We just love the Blues and we will keep it alive down here in Brazil and in the whole world!!!

BK: Thank you so much for your time Joe, have a great tour. I hope we will meet in Germany one day soon.

In Itajai (the Americans would say it is located in the neighborhood of Sao Paulo) has Joe Marhofer – his grandparents are from Germany – founded the Headcutters. It is a four-man Blues Band, which is bound to the blues of the forties and fifties.

The band has so far submitted two CDs („Back to 50‘s“ and „Shake that Thing“) and a DVD (Sweet Home Blues“). Guests are inter alia the aforementioned Igor Prado and Richard ‘Rip Lee’ Pryor. The tidbit „Back to 50‘s“ was recorded live and includes covers of Little Walter, Sonny Boy Williamson, Jimmy Rogers as well as „T-Bonin ‚„ Headcutters composition. The current CD ‚Shake that Thing“ contains besides Igor Prado‘s „Omar‘s Nap“ nothing but own compositions.

With its unique, sometimes extremely cool and casual style The Headcutters clearly stick out of the mass of retro bands. The musicians hold any international comparison. There is some addition agent in the sound of the Headcutters that is difficult to describe. Deep inside you feel the flows of the south american temperament. There are no good or bad songs or interpretations to find on the CDs. You will find thrilling, rousing blues without containing a moment of boredom – listening to it will bring you in good mood. The really big treat is the DVD „Sweet Home Blues“ originated from 2011. The recordings happened in a rooftop studio. The four bandmates are so cool and have so much fun when doing the recordings that the spark gets you immediately. Such an impressive chamber blues gig I haven’t ever experienced before.

The band clearly is an insiders tip. I hope that – perhaps due to the upcoming big U.S. tour – a promoter will bring the band to Europe. Our audience would be excited. 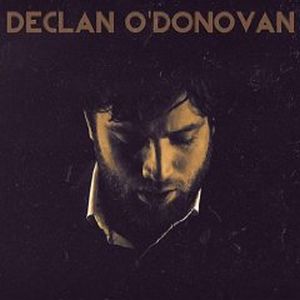