1: What were your earliest musical tastes and how did you discover the world of blues?

Like most people it was my parents and the television. My mother had really wide tastes but we really listened to lots of Boney M and British folk music, with a bit of Toots Hibbert and Bob Marley thrown in – deep, thick, heavy grooves and great vocals. I was raised in Surrey and Hampshire in the UK and so when I was old enough to go to pubs, all of the people playing music in them were musicians from the 60s and 70s and they played blues and blues rock. I was also very lucky that a friend’s father was a huge Rolling Stones fan so he played me Muddy Waters, Elmore James, BB King, ZZ Top and Ry Cooder. When I first heard the Hard Again album and Tres Hombres – that was it! It was like being struck by lightning!

A series by Dave Watkins

2: Who were the artists that you listened to that made you want to play this music? When did you realise you had the talent to do it?
Definitely Muddy Waters and Robert Johnson. There was something in the music that was missing from anything else I heard at the time, there was something actually alive in there. I didn’t really understand Robert Johnson when I first heard him – he scared me out of my mind when I would listen to his music. I was lucky to be encouraged in learning to play – there were always people who would sit in the room with e and play and so I learned by jamming. I am still learning and have a long way to go.

3: Your first recordings – do you still listen to them? How do you rate them now? Are there any that you won‘t listen to?
I still play some of the first blues songs that I wrote – they’ve developed and become stronger and grown with me over the years. When I listen back occasionally to the first recordings I am surprised by how different they sound. When I hear them now and there’s things missing in them I think “you’re playing that wrong!”

4: What other jobs have you done to be able to support your music career?
I teach music to degree students at University, as well as writing and researching. The great thing is that each activity feeds the other. When I am performing, I am learning things that I can teach the students about, when I am teaching the students, we are having discussions that I can learn from and write about, and when I am writing, I can draw on my experiences as a teacher and performer. I don’t really see the things as separate, so I enjoy them all.

5: How hard is it to make a living in music? Is there anything that would make it easier for all artists?
I am not sure that it’s any harder than it’s ever been. You do need to make sure that you are organised – have cards, CDs and posters, make sure that people can contact you easily if they need to. Marketing yourself is a lot easier today than it must have been without the internet as no, people can see you and hear you all around the world by just sitting at a computer. I think the one thing that might make life easier would be if airlines were less fussy about musicians carrying instruments. Most times, most airlines welcome you when you are carrying a guitar but some – the really cheap ones – can try to make life difficult and charge you way more than is strictly necessary.

6: Which song of your own are you most proud of? Can you tell us the story behind that song?
I’m proud of all of them, they all come out of a life experience that I’ve had or observed. My favourite is still How Long Has It Been as when I wrote it I knew it meant *something* but didn’t know what. As time has gone on it’s stayed with me longer than some girlfriends or jobs and been a lot more faithful and honest, so I am definitely in a relationship with it! The song is about remembering to stop and think about what you’re doing – that’s advice I give myself a lot, all of the time. Plus, it’s the one I always start my set with. It’s very much an old friend.

7: When you sit down to write, what comes first – the lyrics, the tune or an idea for a whole song?

It can be anything. Sometimes I am playing in my little studio and a song will fall out of my hands – I might be driving along and the song will drift into the car and want to be sung or played. The music’s always there, the songs are always there, it’s just a question of when you’re relaxed enough to receive them, it seems.

8: Tell us about your favourite instrument in your collection? Is there any other instrument that you would like to own or want to learn how to play?
There are stories to all of my guitars! My acoustic is one given to me by a very dear friend many years ago when I had no instrument – I’ve got some really quite expensive instruments now but that battered acoustic is the first one that gets used for shows or writing or recording. I am so lucky – there are Les Pauls that have been loaned to me and given as gifts which I adore, a Telecaster that just sounds and feels phenomenal. I used to be a drummer so occasionally I will book a room and spend time playing on a kit to get it out of my system. I wish I could play keyboards and harmonica, but to be honest I know so many terrific keyboard and harp players that I’ve never really had to learn! I’ve got my work cut out learning how to play guitar properly, I think.

9: Where do you like to see your career heading to in the future? What are your main ambitions?
I want to keep playing, travelling, teaching, learning. There’s so much music, so many people and so little time – that’s whyt it’s important to remember how lucky I am to be travelling around the world and playing with such truly great people and friends.

10: What do you like to do outside of music?
Mostly reading, eating and cooking. My partner and I like travelling around the UK and we relax in South America whenever we can. There’s always some music playing in the background though…

B: What is the most expensive hat you have bought so far?
Someone made me a gift of the one that I wear on stage all the time when I was in America – does that count? Was $120.

C: Sheffield United or Sheffield Wednesday?!
Sheffield No-day, I really don’t have any interest in football AT ALL. I’d rather watch Doctor Who, to be honest! 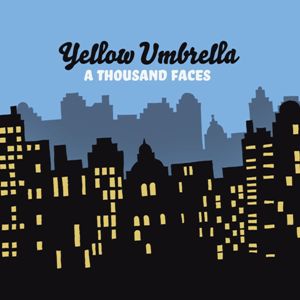 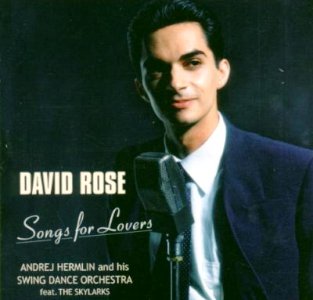