Hello, I’m writing to you from Detroit, MI USA. I know around the world Detroit doesn’t always have the greatest reputation; I want to take this opportunity to let you know about the many positive things going on in and around the city.

I’m going to start with Gracie See’s Pizzeria. You may ask: why a pizzeria? Gracie’s isn’t just a pizzeria, it’s a restaurant, bar and gathering place for many people on the West side of Detroit. When you walk into Gracie’s and look around you almost feel like you have walked back in time to the 70’s. The restaurant features vintage paneling and an amazing collection of plaster statues, black velvet paintings and vintage tin signs from the 60’s and 70’s, scattered throughout.

Many of the happening places in the suburbs claim to be in Detroit and they really aren’t, nothing against them, there is just a certain character that a Detroit business has, and Gracie’s is no exception It’s actually rather unique because one side of the street (the side Gracie’s is on) is Detroit, the other side of the street is Dearborn (home to Ford Motor Company and made famous in song by Rodriguez).

Gracie’s is one of the few “mom & pop” or independently owned Italian restaurant and pizzerias around. The homemade pasta sauce and old school oven baked pizza’s are great! Not to mention the Wednesday $5 Spaghetti Dinners, $1.50 draft beers and live blues music!
One side is just the restaurant the other side is the party room and the back bar (with a pool table, this is where I play on Wednesday nights).

You never know who you’ll run into there either, a Detroit City Council member, policeman, or fireman to another local musician, or just neighborhood people enjoying dinner and a night out. Now with live blues on Wednesdays (started in December 2013) new people are going there for the music. Often musician friends come and sit in with me. I’ve even had poets come out and read both on their own and with live blues backing them up. In the party room who knows….a birthday party, holiday party, retirement party it all happens! You can also order your food for takeout. But……if you want to stay home not only will they deliver food right to your front door, they will also deliver beer & wine as well (I personally don’t know of any other place in the area that does that).

Gracie’s has been around for many many years and has been a family tradition spanning several generations I had a chance to sit down with Joe Puleo, (Gracie’s son and restaurant manager) and ask him a few questions about the families business.

HG: Who created the great pasta sauce?
JP: My grandmother but the truth is no one really knows, the recipe is ancient. Right now she’s 90, before it was my great grandmother‘s. Some day it’ll be my mom’s then my sisters, my daughters and so on. (it’s passed on from generation to generation)

HG: What about the pizza recipes?
JP: It’s just bread sauce and cheese so it kind of came together back in the 1920s to 1940s. Use good ingredients, lots of practice. Dough really does need an experienced hand to make it, the temperature outside, how quickly you expect to use it, and there are a lot of things that come into play. But we don’t change the recipes.

HG: Have the recipes just sort of developed over the years?
JP: We don’t like change, but that’s a good thing in this case. You can eat the exact same thing as they did in 1969

HG: I just saw on the news there will be an outside investor investing 100 million dollars into Detroit over 5 years, do you think that has any chance creating a positive affect?
JP: Any investment is good investment. I hope everyone in the city is committed to getting though his bankruptcy and becoming a functional place to live. I think that JP Morgan is betting on just that.

HG: Is there anything you want to say to the readers in Germany? Or why they should come out to Gracie See’s when they are in the Detroit area?
JP: hallo, Kommen Sie vorbei, wenn Sie gutes Essen und ein Getränk mögen. Deutschland ist ziemlich weit weg, aber unsere Pizza ist so gut, es ist die Reise wert. Wir trinken Barrel Oktober Dunkel. Sie haben auch unsere repect als Auto Leute.
Also, Howard gets some many American ladies in when he plays that the fire marshal has 2 girl friends now.

So with that being said if you are in Detroit and want a great reasonably priced meal or some adult beverages while hanging out with really friendly people Gracie See’s Pizzeria, 6889 Greenfield, Detroit, MI is the place to be.

Christian Hönniger – In Session with Friends 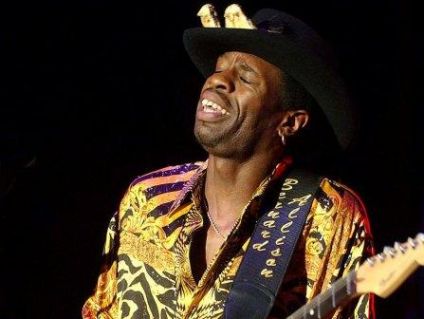