An Interview With Bill Wyman

Speaking with the Stones‘ former bassist, Bill Wyman, starts off on a musical note but before long you‘re being swept along both by and with Bill and his other primary passions, photography and history/archaeology. All in all it‘s an interesting ride, a surprising adventure where one minute he‘s quipping about musicians and the next about finding Roman coins, international photo exhibitions and the ironic fact he was never able to photograph the Stones on-stage because he was up there with them.

“I‘ve got all the backstage photos, though. The more interesting ones. Mick Jagger putting on his socks” he laughs.

There‘s something lurking round every corner with this complex guy who has interests in so many more fields that it can be exhausting and exhilarating just listening to him, let alone pursuing those multifarious pursuits as he approaches his four score year milestone.

With the impending release of his first solo album in over 30 years, he explains that the material included on the new album, ‚Back To Basics‘, comes from a mix of old songs he‘d written and recorded as demos but never released, and new ones written specially for the project. All were recorded on a home tape, stripped down, pared to the bone – back to basics, indeed – and the musical support work added in a similar way, with Wyman himself on Bass and vocals together with support from some of his best buddies, soul-blues singer Beverley Skeet and guitarist Terry Taylor, both of whom form the core of his other great band, The Rhythm Kings. Add Mark Knopfler‘s pal, Guy Fletcher, on keys and producer Glyn Johns to the stew and you have a singularly powerful, poised and confident album.

The album’s already gaining positive reviews around the world, and Wyman is clearly gratified to know he can still produce the goods, seemingly almost at the drop of a hat.

“It‘s interesting” he remarks. “The feedback so far has been great, really positive. Some – other musicians mostly – have told me they think some of the lyrics are a bit quirky.” One track, the opener on the 12-track album, ‚What & How & If & When & Why‘ also launches as a single, a song with a slightly menacing, near-sinister undertone. He says it was originally written having seen Bob Dylan’s video for Subterranean Homesick blues where he throws aside the word sheets. But the resulting song is, he adds, nothing like Dylan’s. The lyrics reflect his concerns about the way of things generally and life out on the streets nowadays. “Glyn Johns and loads of other musician friends listened to it and all thought it would make a great single. So that‘s what I‘ve done” he confirms.

Asked why it‘s been so long between solo albums he simply states what is evident from his substantial CV – he‘s just been too busy getting on with life and his myriad other passionate interests, photography, history/archaeology, metal detecting and The Rhythm Kings. He‘s also clearly and deservedly proud of his award winning book, ‚Bill Wyman‘s Blues Odyssey‘ which scooped the US Blues Foundation ‚Keeping The Blues Alive‘ award for literature back in 2002: “Buddy Guy and BB (King) told me they thought it‘s the best book about the music they‘ve read, which meant a lot to me.”
A man of many unexpected parts is our Bill, much more than just another old Rock‘n‘Roller, for sure. A career at the very top of the musical tree with the Rolling Stones would be more than enough for most but instead Wyman didn‘t just retire when he left the world‘s greatest Rock‘n’ Roll & R&B band in 1993.

During the 1980‘s, while still with The Rolling Stones, he carved out a new career in music with a huge surprise international hit song, originally written as a demo for the late Ian Dury, ‚Je Suis Un Rock Star‘, but recorded by Wyman himself to great acclaim. He then went on to found the band Willie and The Poor Boys, an outfit he says was a “template, a prototype” for what became his current touring and recording vehicle, The Rhythm Kings.

Back To Basics is an album that effortlessly blends rock with blues undertones and a crafted aura of deceptively casual listen-again – get under your skin – songs. And though he‘s doing lots of radio promotion and media exposure to promote the new solo release, he won‘t be taking to the road with it anytime soon, if at all.

“I‘m not an upfront sort of guy. I can‘t do that sort of thing. It‘s one of those things you‘ve really got to work at. It‘s not me. Sting works at it, I don‘t. I find it too difficult to try singing and playing Bass at the same time! I do it with the Rhythm Kings with our old songs but if I‘m playing bass, I forget the words and if I‘m singing I tend to forget the bass-line. So it‘s not for me,” he jokes ruefully. “I was usually at the back, with Charlie (Watts), keeping the beat strong and solid, holding the rhythm; not up front with a mic like Mick.”

Nowadays he composes with the help of an acoustic guitar where he brings the melodies together with bass runs and single string-work. “I don‘t do chords,” he says. “I did play piano a bit, too, though,” he adds.

When I casually mention my own love of blues music, he again explodes with interest remarking on how surprised he is to find one of his teenage daughters now beginning to take an interest in it, a musical genre he acknowledges appears to have little attraction to many younger people these days. So, I ask, does he have a personal favourite blues track? He goes quiet and after a few seconds thought says: “Howlin‘ Wolf and ‚Goin‘ Down Slow‘, the version with Willie Dixon on it. And Muddy (Waters), goes without saying.” Wyman of course recorded with Howlin’ Wolf and remembers the session well.

To finish, I can‘t resist the temptation to ask if he has a personal favourite Stones track. Again, he thinks it over before confirming that one of their lesser-known songs, ‚Parachute Woman‘ from the 1968 release, ‚Beggars Banquet‘, is his favourite. Not only that but the man immediately launches into the lyrics with his characteristic gritty voice, before adding that it‘s one of those tracks that is seldom heard or played. “Reminds me of Bo Carter and the double entendre of many old blues numbers”, I suggest. “Parachute woman, land on me tonight,” he quips in agreement with a laugh.

Bill Wyman’s new album, Back To Basics, is released on the Proper record label on June 22nd. 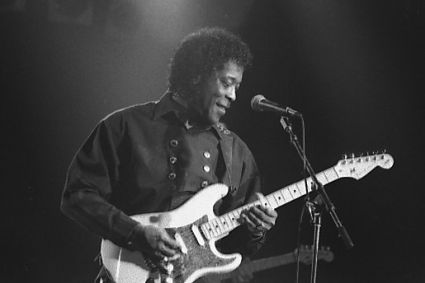 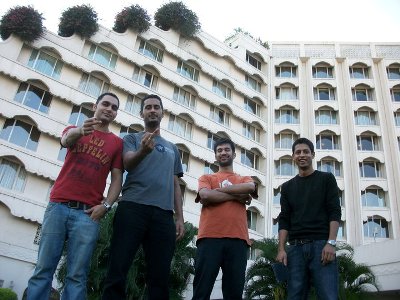