Have you heard the old hit by The Buggles “Video Killed The Radio Star”? It is a great song, and the only one I can think of where singing “oo-wee-oo-wee” works.

The 8th Letter from the UK by Darren Weale

Radio has a massive part in the history of modern popular music, making many acts household names. Even in these days of digital access to music, radio, and the personalities that work in it, are important.

The British radio station that means the most to me is Radio Caroline. I have written about it in an earlier Letter from the United Kingdom, so after this I had better leave that topic alone for some time. Caroline was fifty years old in March. In the 1960’s, when it was for a time the sole nearby broadcaster of breaking music to the UK, it had 10 million listeners (its record was 24 million!). Fifty years on, Radio Caroline and its latest ship, the Ross Revenge, is still here and broadcasting. Ship? Yes, Caroline was ship-based, and if you have seen the movie the Boat That Rocked, that gives you some idea of what it was like. Radio Caroline’s presence today is highly remarkable, even miraculous, given its history. Legislation – the Marine and Broadcasting Offences Act 1967 – was enacted to restrict or destroy Radio Caroline. A Radio Caroline ship, the Mi Amigo, sank. The authorities boarded and impounded a Radio Caroline vessel for a time as well. Then there has been the spread of competing broadcast radio stations offline and online. Plus, of course, the rise of music video. Yet Radio Caroline is still here, broadcasting chiefly via the internet, owing to difficulties in getting a terrestrial licence and wavelength.

Radio Caroline is best known as a Rock ‘n’ Roll station. However, Radio Caroline started life in 1964 when most of the biggest bands were Rhythm and Blues or highly inspired by it – The Rolling Stones, The Animals, Them, John Mayall’s Bluesbreakers, Buddy Holly, Elvis Presley, even the Beatles. So it is good to see that the station in its current output has the Blues on some of its shows, as well as shows that play music from the 60’s.

Video is, though, starting to help music and musicians, a little like radio did before. The late, great guitarist Alvin Lee is responsible for one new example of this. He is the first artist to feature on the Digital White Label platform, ‘the next generation of fanclubs’. In short, Digital White Label allows fee-paying fans to follow their favourite artists on a year-long campaign where they will be given exclusive material from an unreleased collection of tracks, and a variety of other exclusives. The first select footage to be shared on the Digital White Label platform is the unreleased album, ‘Alvin Lee & Co. – Live From The Academy of Music, New York, 1975.’ The early promotion of the platform features some very good video, one with voiceover by Huey Morgan, of Fun Lovin’ Criminals.

Arguably, a Blues artist would be an unlikely choice to launch such a platform. However, there are special reasons for the choice. Family reasons. Alvin’s daughter, Jasmin, together with her mother, Suzanne, and Lee’s widow, Evi, have been working to deliver a project her father helped to inspire. Jasmin said, “We started pulling this together with Dad before he passed away and he really liked the concept, but now myself, Evi and Suzanne have taken the reigns with this and it has become a commemorative release where we can go a bit more into Alvin Lee the person.”

The artists will receive 80% of the income directly. The platform is hosted by Tunehog – www.tunehog.com and Digital White Label provides a way of monetising all content for artists instead of them having to give away so much for free. 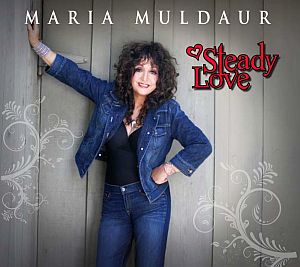 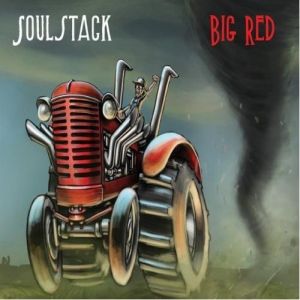 The best damn festival on the planet