This is one of those albums that initially grab you by its cover; an intriguing, beguiling backdrop of old, rusting American railstock virtually guaranteed to demand the interest of any lover of country music and Americana. And the title, ‚Glory Bound‘, of course, speaks volumes about the so-called American Dream where and when riding the rails was, sadly perhaps, an essential aspect of aspirational change in a country beleagured by social and racial rifts and chasms. A theme that therefore still resonates for many today.

All twelve tracks are self-written together with band buddy, Bryan McCann, and indeed reflect The Grahams‘ – a duo comprising husband and wife team Alyssa and Doug Graham – interest and belief that there has long been a near unique bond between US country music/Americana and the nation‘s rolling stock and railroads. Certainly, lauded, ageless tracks like Steve Goodman‘s ‚City of New Orleans‘ and George Hamilton‘s northern cousin ‚Canadian Pacific‘ appear to lend this thinking some support. And that‘s without even looking back historically to Woody Guthrie or Cisco Houston‘s inspired contributions.

‚Glory Bound‘ is the duo‘s second full album release and is paired with the release of a documentary charting the role of music and the railways in the USA, ‚Rattle The Hocks‘, a film that chronicles The Grahams‘ own personal musical journey and travel by steel rail across the country. Byron Berline – ex-Bill Monroe, Flying Burriots, Dillard & Clark and Stephen Stills – guests, lending his sheer-class, country-rooted fiddle-work to the mix.

This is mighty fine modern cowboy, ride those rails music, strong on evocative lyricism and driving, piston-pushing instrumental ability. As the opening track says: ‚Sometimes I need to put the hammer down, this heart may bleed but it still gets me around, these engines whine when the pistons pound, this train is glory bound.‘ 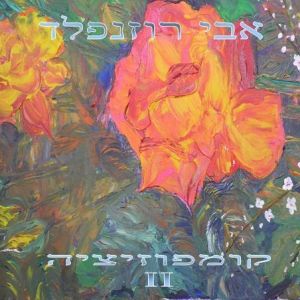