WP: Marshall Lawrence from Canada did a very interesting video-series in Memphis in 2014. He asked the people only one question – and I want to ask this question: Why do you love the blues?

Blues is an emotion, a history, and a culture. It’s truly so much more than just a ‘music’. I love the Blues because it’s the truest way for me to express and feel real emotion in the most organic way possible.

An Interview with Jeff Jensen By Raimund Nitzsche

WP: You played the International Blues Challenge three times with your band. How important is such a challenge for blues musicians in the US? Did your carrer was changed after the IBC?

The IBC is an amazing thing! We have met so many great people during this event; fans, talent buyers, and other blues artists from around the world. I have learned so much from watching all the great musicians perform, it’s truly priceless and I encourage every blues fan and artist to come to at least one of these!

WP: Some musician here in Germany told me in an interview: There‘s no money in the Blues. How difficult is it, to make a living with your music? Or what other jobs do you do?

It can be difficult, but to be honest, we are doing just fine. I don’t do anything other than music, I perform lots of live shows and I’ve been blessed with the opportunity to produce albums for some other artist as well. We try to plan well and budget well, and year after year we are growing and we continue to increase our fan base and all that hard work is paying off for us.

WP: Starting in April you‘ll come to Europe for a tour. Is this the first time?

This will be our first time in Europe and we cannot wait. Europe has a well-founded reputation for supporting Blues music and we are honored that y’all are giving us a chance to come perform for you. We are excited to share our music with you as well learn about your amazing cultures, cities and music.

WP: How important is Memphis as a music city for your own songs? Has the Beale Street still his own vibe – or is it just a place for tourists today?

Memphis has such a powerful culture and history it’s impossible for it not to influence my writing and my music. The soil, water, and air are filled with the vibes creativity. And as for Beale Street, It is frequented by many tourists, but that doesn’t make the music any less authentic. In my opinion, Beale Street today is stronger than it has been in years. There are so many amazing blues and soul artists that perform there every single day. There are also a lot of international touring blues acts that call Memphis home, and many of them play Beale when not on tour. As a matter of fact, we play Rum Boogie Café from time to time when we are home in Memphis.

WP: I‘m getting a lot of different music on your new album: Blues, Bluesrock, Boogie Woogie, Soul and also some Jazz – did your parents have a great record collection or how did you find your way into this kind of music?

YES they did! I grow up listening to 50’s, 60’s and 70’s rock’n’roll. From there I found all the great music that came before that, like Blues and Jazz. Even though I consider why self a blues artist and a blues fan first and foremost, I do listen to a huge assortment of music, but it all has one this in common; It has soul! I like music the is real, honest and emotional, I don’t care if it’s a singer-song writer or jazz saxophone; if it’s soulful I will probably love it.

WP: How important is it, to know the history of the Blues when you want to be a bluesman?

It is EVERYTHING! Blues is not just a music, it’s not a series of three chords played in a 12-bar form, it truly is a culture and a history. It is an entire group of people documenting their struggle, view point and emotion. To understand where it all came from and WHY, is the only way to grasp what the point actually is. BLUES IS AN EMOTION, NOT A MUSIC; the music is simply the outlet for expressing it.

WP: Which album would be a good start for a young guy who wants to discover the Blues?

Led Zeppelin’s early albums are great for that. They are filled with a crazy energy and aggression that captivates younger people. Buddy Guy was the one that really got me in to the blues. When I heard him play the guitar I was hooked!!! Once it’s accepted that ‘blues is alright’ then one can open their minds to where it all came from. We have many artists today that are doing a GREAT job of opening the ‘blues door’ for younger folks.

WP: Are Elephants listening to the Blues? Or what‘s the story behind the title of your new album?

This is the most lyrically significant album we’ve done and I wanted a title that matched it. The album title “Morose Elephant” is a concept idea. “Morose” having lots of very negative connotations such as; bitter, angry, upset. I then want to use “Elephant” as a powerful spiritual animal representing power, strength, longevity, and stoicism. The idea is we all go through things that are bad or tough, but that doesn’t make us bad, we are just going through a process. So even an Elephant, can have his Morose days, but in the end, he’s still an Elephant.

WP: When you sit down to write, what comes first – the lyrics, the tune or an idea for a whole song? And what‘s more important for you: the music or the story do you tell in the song?

The most important thing to me in a song is that it is honest and real. I don’t want to write fiction, I want to share a part of my soul with the world. So how I write my songs changes from song to song, some songs like “River Runs Dry” and “Ash and Bone” have come to me all at once, music, lyrics, everything. Other songs like “Fall Apart” were created over time. They were written, changed, re-written and then changed again, until they finally fell in place. I try to keep an open mind and an open heart when it comes to song writing, I don’t push it, and I don’t hold it back either, I just let it flow as it will. And if that means I don’t write a song for 6 months or I write 6 songs in one day, so be it. As long as it’s emotional, honest and real, I’m good with it. 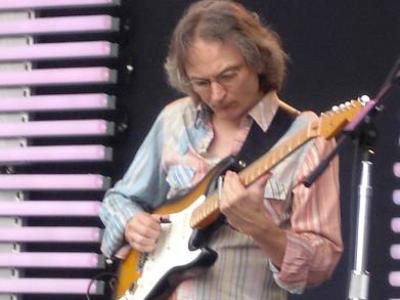 Sonny Landreth – Down in Louisiana 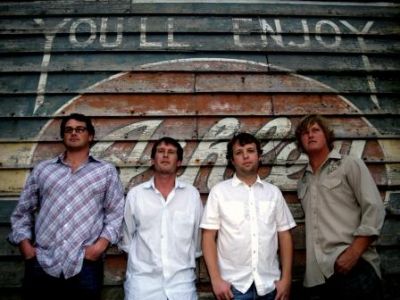