Lately I’ve gotten into listening to a BBC Radio London DJ named Jo Good. Her surname sparked off some thoughts about music and feeling good and where the word good crops up.
One lovely connection is between Piano Red, the American humourist and Blues-boogie pianist and British Pub Rock band, Dr Feelgood. Red was known as Dr Feelgood, and the band named themselves after him. Johnny Kidd and the Pirates covered the song too.

In that song Dr Feel-good, Piano Red cheerfully uses the words Good Good Good as a refrain, hence the choice of blog title. The way he sings the words doesn’t suggest the use of commas, so they’re not used here. The record for use of the word good in a song recently must go to American Mavis Staples, who recently played both Glastonbury and the Clapham Grand. In one of her vocally supercharged she sings ‘Good God, Good God, Good God Almighty, Good God’.
Jools Holland recently said on his Later… with Jools Holland TV show that the late BB King’s songs always made him feel good. Jo Good herself on her show referred to music making her feel good. Georgie Fame on a recent appearance in Kent said “The Blues doesn’t have to be miserable” and proceeded to make the audience feel good.

A series of American bands have been in the UK lately making British listeners feel good. The Billy Walton Band from New Jersey toured extensively and departed until January, as did Hamilton Loomis, but others, like Mud Morganfield and Debbie Bond are either popping across the Atlantic with some frequency or still touring. Debbie certainly is, and she is a good good good, upbeat Blues lady. Her tour continues at time of writing and we came across her tour press release. Debbie has done a lot for Alabama Blues so it is good to feature. Lil’ Jimmy Reed is another American touring at time of writing.

There are so many feelgood Blues acts to see. If American Mick Kolassa, who produced a stonking album named Mississippi Mick, ever comes to the UK, he’ll make people feel good. British act Red Butler, who recently toured with Billy Walton, are bright and upbeat. Seeing the two acts bounce up and down together on a small stage for an encore at the Prince Albert in Brighton recently certainly showed that. The Original Blues Brothers Band still tours, and anyone has heard Steve Cropper hit the opening notes of Soul Man will understand what a blast they can be. The Royal Southern Brotherhood, also on tour now, produce a gumbo of sound, rich and tasty. Those are a few examples. Certainly, the Blues has many a band with guitarists who like to flay the ears, and solo guitar folk capable of making you weep into your beer, but in between there is an array of performers who exist to take away your personal load of Blues, not add to them. Many appear on the numerous shows of the Independent British Broadcasters Association on FM, internet stream and podcast – here.

So, get out and see some live British of overseas touring Blues performers, and feel good. After all, the Blues doesn’t have to be miserable. It can make you feel good good good.

Bruce Katz Band – Out From The Center 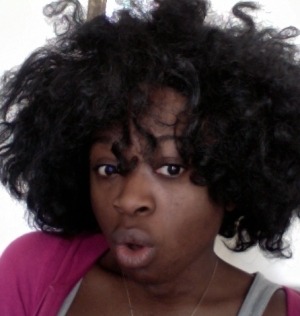