A wonderful double album from one of Scotland‘s true treasures and unsung musical heroes. Noakes traces his musical pedigree way back into the heady sixties and as a member of Stealers Wheel in the seventies worked alongside the late Gerry Rafferty (Baker Street, with that fabulous Sax solo) and frequently recorded and played with Rod Clements of Lindisfarne. With his feet firmly rooted in the acoustic folk-roots tradition, he moves effortlessly between genres, never rushing but always tastefully slip-sliding along. ‚I‘m Walkin‘ Here‘ is simply another of his excellently crafted releases, full of pith and purpose.

With 26 tracks to choose from over two discs it‘s hard to single out any one number. Noakes covers unexpected old movie standards like ‚Buttons & Bows‘, moves through ‚Bye, Bye Blackbird‘ and Cliff and the Shadows‘ old chestnut ‚Travelling Light‘ then also squeezes in some wonderful John Hurt-style fretwork plus a cracking version of Elizabeth Cotton‘s ‚Freight Train‘, here played with sumptuous sensitivity and style.

For me, at least, Disc 2 is the better of the pair, though that‘s probably because of its slightly more bluesy undertones rather than any genuine qualitative difference. Most of the material is written by Noakes who is amply supported by Barbara Dickson and a host of other Scottish worthies.
What comes across most evidently with this release is that Noakes seems to be genuinely enjoying himself; a relaxed, beautiful album that truly captures the spirit of roots music with a modern twist at times and an artist at the very top of his form. Highly recommended. (Neon Records CD0017) 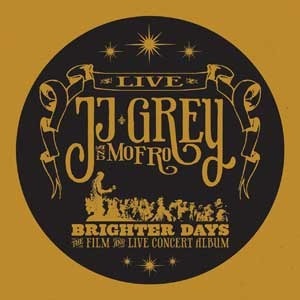