A New Blues Venue in the Detroit Area

Hello everybody and welcome to Blues Views & News from Detroit. This time I want to tell you about a new Blues Venue in Metro Detroit (and yes it is welcomed!!) The venue is Boo’s (Royal Oak, MI) to be exact. The music is hosted by Detroit Radio personality and musician Mark Pasman AKA The Pazman.

For those readers who don’t know, Royal Oak is about 3 miles or so north of Detroit. And the area is certainly in need of new Blues Venues.
I stopped in the other night and my good friends The Chris Canas Band were playing. I arrived without a guitar and was planning on just enjoying the music but Chris and his Mother Angie (Angie sings with Chris’s band) insisted that I sit in and Mark Pasman graciously let me play his beautiful Gibson ES 335 guitar. So that is the vibe of the room, and here are some questions I’ve asked “The Pazman” regarding Boo’s and his involvement with the Detroit Blues scene.

HG : Can you please tell the readers about yourself as a radio personality and as a Musician? (such as: how long were you on the air as a blues radio host? What was your first connection with the Detroit Blues scene? How Motor City Blues Project came about?) (what are some of your musical projects ? what got you into blues and blues guitar?
MP : Been playing professionally since I was 15 years old. Played in all kinds of bands, but always came back to the blues. Had great success with a soul band called Domino in the 80‘s and a funk‘n‘blues group called Mudpuppy in the 90‘s. Been hosting Paz Man‘s SuperSession since then. Between bands I finished college and ended up in radio. I started at the legendary WRIF in the late 70‘s, was the youngest Program Director in ABC history, at that point. Left to start my own label behind Domino. Later, back to radio (between bands!) and we started the Motor City Blues Project at WCSX, the original Classic Rock station, and hosted that for 25 years, with interviews and live blues jams in the studio with Detroit and National musicians including: Bo Diddley, Willie Dixon, Levon Helm, Paul Rogers, Buddy Guy, Fab T-Birds….

HG : As a musician you‘ve done both bands and super sessions what are some of your memorable moments with each? Also please tell the readers about your “super sessions”
MP : With Domino: opened for Bob Seger, the Temptations, two recordings, airplay, won local and regional Star Search (that was American Idol before there was an A.I.), and was on our way to L.A. when they cancelled the band competition. With Mudpuppy: 3 amazing records, international air play, including w/ Dan Ackroyd, performed w/ Buddy Guy, Robert Cray, Brian Setzer, Blues Traveler, Eddie Money. WIth SuperSession: different line up everytime, w/ the top Detroit players, no rehearsal, pick a song, a key, a groove, and go! Great live record, and performed with: Johnny Winter, Jr. Wells, 10 Years After, Taj Mahal, etc.

HG : It was a letdown, I‘m sure, to both you and the Detroit Blues community, when Motor City Blues Project ended, what made you decide to get involved with starting a new local Blues Venue?
MP : Out of the „blue“, Chef Johnny at Mr. B‘s Pub called me to talk about a room he had, that he wanted to convert to a Blues club. We put our heads together and Boo‘s was born. We‘ve been open since November.

HG : Do you have any plans for a new Radio show?
MP : I‘m in discussions with several stations, both traditional and web….we‘ll see what happens!

HG : How did you pick Boo’s or Royal Oak?
MP : They kind of picked me. I worked for 15 years with another Royal Oak club called Memphis Smoke which was a key club in the Detroit Blues scene. Royal Oak has always been a great location for the Blues.

HG : What kind of environment are you trying to create with Boo’s?
MP : Our goal at Boo‘s is to have the top talent in Detroit on the stage, in a fun party environment with Chef Johnny‘s amazing cuisine. It‘s a great night out!

HG : Do you have any plans do bring in touring acts or just keep it local?
MP : Our focus is Detroit talent, but we plan to do some special shows with national touring artists, as well.

HG : Do you ever envision Boo’s having live music more than 3 nights a week.
MP : We are looking at all options. Right now it is Friday and Saturday nights, and we will bring back Front Porch Thursdays when the weather breaks.

HG : How has the initial response been from the clientele?
MP : We have had great crowds every night, and folks really seem to like what we are doing. We‘ve had some great suggestions from our clientele.

HG : How has the initial response been from the management?
MP : Chef Johnny is thrilled with our start, and we are always working on making Boo‘s better.

HG : Now that Boo’s is up and running, do you think it could influence other venues to move to blues related music?
MP : Well, like anything else in life, the Blues and live music is cyclical, and we are not the only new room in town. So, it feels like things are starting to pick up here in town, and around the country.

HG: I want to thank you for promoting blues in Detroit, is there anything you want to leave the readers with?

MP : It is exciting to see bands like Black Keys, White Stripes, etc. bringing the blues to the next generation. This is key to the survival of the Blues. If folks don‘t think outside the box, and continue to think of Blues as harmonicas, hats and guitar solos, we are in a world of trouble. You have to revere and pay tribute to the roots of the blues, but you have to make it your own and take it someplace new! If Muddy thought he had to sound just like Robert Johnson…where would we be? If Stevie Ray thought he was supposed to sound just like the cats before him….where would we be? In any artistic endeavor, your influences should not define you. They are a jumping off point, and as an artist, it is your job to make it your own! 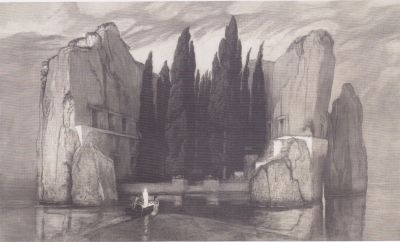