For the past fifty years or so Hans Theessink has been on the road, an international blues-trail that has taken him from his hometown of Enschede in the Netherlands through the USA, UK, Australia and most of Europe. Each year brings fresh challenges and his well-known Birthday Bashes have spawned CDs, DVDs and become a regular feature in his touring calendar, taking him back home to his base in Austria‘s capital city, Vienna. Theessink started out as a 9-year-old kid with a Mandolin, an instrument that introduced him to playing and which eventually led to his picking up a guitar a few years later.

At around the age of 12 or 13, he taught himself his first few basic guitar chords, having previously taken Mandolin lessons. Initially he concentrated on the music of the time, sixties folk-inspired stuff from Pete Seeger, Donovan, Dylan, Woody Guthrie, The Kingston Trio and Joan Baez. He was turned-on to blues after hearing the picking of Big Bill Broonzy on Radio Luxemburg, a chance encounter he describes was ‚a key experience‘ in his musical development:

‚At the time I didn‘t know it was blues but I liked what I heard, beautiful fingerpicking (sounded like three people playing at once), great singing and lots of emotion.‘ He recalls.

Before long, the teenage Theessink had discovered the work of Mississippi John Hurt, Leadbelly, Lightin‘Hopkins, Elizabeth Cotton, Sleepy John Estes, Brownie McGhee, Fred McDowell and a raft of others. It would be true to say he never looked back.

In about 1965 he took his first faltering stage-steps playing in youth-clubs etc., small venues willing to organise a gig, around his Dutch hometown and in neighbouring Germany. From this beginning he has gone on to carve an enviable career for half a century with around 30 albums to his name. He recalls his first recording was in Netherlands with a folk-skiffle band in 1964, his first solo release being an EP, ‚Next Morning At Sunrise‘ in 1970. Although he has no favourite recording, recently he finds himself listening to one of his fairly recent releases, from 1992 , ‚Lifeline‘, an album featuring The Holmes Brothers with Popsy Dixon, who passed recently and Theessink generously says, ‚plays beautifully on that album.‘

Now a pensioner (65+years old), he has cut his touring from around 200 gigs to about 120 gigs a year. Still a significant work-load but one that gives him more time for other projects and recording, together with more time at home. Indeed Vienna is the venue for his lauded Birthday Bashes. Starting in 1998, his 50th, there then followed a ten year gap till his next bash to celebrate his 60th birthday when an array of top names – Terry Evans, Cowboy Jack Clement, Donovan, The Dubliners and others – joined him on-stage, for a party and double-CD release plus DVD recording of the performance. To mark turning 65, he again played a Bash with the live album, ‚Hans Theessink‘s 65th Birthday Bash‘ following on its heels.

Last year, 2014, he hosted another gig for his 66th birthday and thought to have a break for a few years. Instead, he has been roped-in to another as part of Vienna‘s forthcoming ‚Vienna Blues Spring‘ festival (a month-long music feast), where he will take to the stage on April 5th (Easter Sunday). ‚I‘m working on that right now,‘ he confirms. ‚It‘s going to be interesting.‘
Theessink confirms he has just completed recording his next album ‚ True & Blue‘, with US bluesman Terry Evans, due for release in April. To coincide with the launch, he will again take to the road with a European tour in April and May,with Evans, who has also featured on a number of recent recordings by Theessink., ‚Call Me‘, ‚Visions‘, and ‚Delta Time‘.

Theessink first met Evans, a former vocalist with US bluesman Ry Cooder‘s band, at the Winnepeg Folk Festival in Canada in 1991. Since then, they have become firm friends and musical associates:

‚I used to play many festivals in N America. I met Terry at the Winnepeg Folk Festival (he performed in a duo with Bobby King). After our festival performance we had some great jams in the hotel. Around that time I was working on my album, ‚Call Me‘, and invited Terry and Bobby for some backing vocals. They did a great job. Since that time I‘ve worked with Terry on several albums; he was also part of my band for some European and N. American tours. We enjoy singing and playing together and I suggested we do a ‚naked‘ acoustic album. This was ‚Visions‘ recorded in LA it featured Richard Thompson and got great reviews. The follow up was ‚Delta Time‘, where we invited Terry‘s singing colleagues Willie Greene Jnr and Arnold McCuller for some serious backing vocals. We also got Terry‘s ‚old boss‘ Ry Cooder involved.‘

Cooder needs no introduction to both guitar and blues fans, though he does appear to have something of a reputation as being at times difficult. Theessink dispels this myth succinctly: ‚I‘ve been a fan of Cooder since the 1970s and it was a treat to work with him in the studio. He‘s such a tasty player – never stuck for a lick. I was in heaven‘.

For now, Theessink is preparing for the Vienna Blues Spring Festival, his Spring tour with Terry Evans in April/May, appearances at Denmark‘s premiere roots music festival in Tonder in August, followed by a transatlantic trip with tour dates in America in October/November. Meantime, the new CD/album, ‚True & Blue‘ hits the market on April 21st, so, far from cutting-back, he seems to have plenty to keep him occupied. 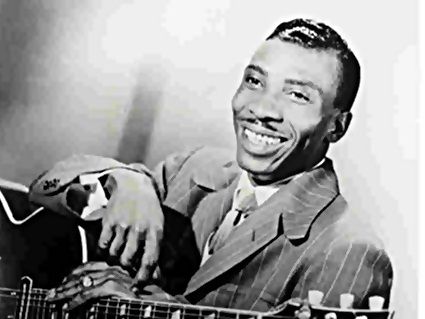 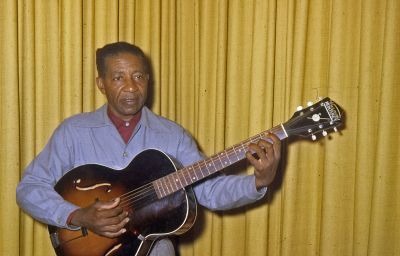